Ginger root has a deep-rooted history worldwide!  From gingerbread houses and gingerbread men (cookies) to stories like Hansel and Gretel that were written by Jakob and Wilhelm Grimm, linguistic brothers with a passion for collecting German folklore. The gingerbread man allegedly first appeared in the court of Queen Elizabeth I, who presented courtiers with gingerbread likenesses of themselves. The Queen’s habit of jesting with her court gives this tale some credence. In the 17th century, Nuremberg, Germany, became known as the gingerbread capital, thanks to the elaborate gingerbread scenes that the bakers of that city would create, which included complex gingerbread houses, animals, and people decorated with gold leaf, foil, and other decorations.

Ginger Root has a very sharp, strong yet slightly sweet taste. It is a universal super spice.  It comes from the same family as Turmeric and Cardamom. Depending on the variety, the inside of the root can be yellow, red, or white. Ginger first appeared in the southern parts of ancient China. From there, it spread to India, Maluku Islands (so-called Spice Islands-remember reading about the Spice Islands?), rest of the Asia, and West Africa. Name “ginger” came a long way, but its root is in Sanskrit word “srngaveram” which means “horn body” and describes its root.

The spicy root is actually an underground rhizome (root) 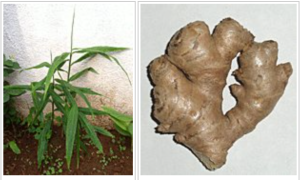 of small herb plant belonging to the Zingiberaceae family, of the genus: Zingiber.  Its scientific name: Zingiber officinale.

We all have those fire-eating friends who pour hot sauce and peppers on every meal. They insist that it’s thrilling to them.  My husband is one of them, along with all our children.  They all say, “We must just be born with a love for heat, and the spicey burning sensation is good for your health.”  I must confess I do not fit in among them; however, I do like ginger spice within reason, and my husband doesn’t. Hmmm, go figure. Why do some like spicey hot foods and others don’t?

In 2015, Hayes published a study on some of the personality traits that coincided with a love of spicy foods. Men and women have different reasons for eating spicy food. While women are typically seeking new sensations, men like to eat peppers literally so that they appear masculine. Spice lovers aren’t born; they’re made. Scientists think that substance P — the P is for pain — has actually been eaten away by spice consumption over time. Substance P belongs to a group of neurokinins (NKs), small peptides that are broadly distributed in the central nervous system (CNS) and peripheral nervous system (PNS).  After eating spicy foods long enough, you just don’t feel that much pain anymore.

Gingerol has been extensively studied and is known to potently neutralize harmful free radicals and help support healthy inflammation levels in the body.  How?  You won’t be disappointed reading further.

See a couple of YUMMY recipes at the end!

Ginger is a popular spice used in several forms of alternative medicine.

It was widely used for centuries as a spice as well.

Ancient Sanskrit, Chinese, Greek, Roman, and Arabic texts discuss the use of ginger for health-related purposes. In Asia, dried ginger has been used for thousands of years to successfully treat: 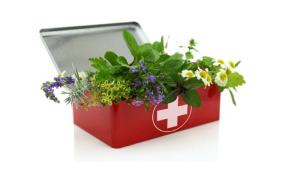 Ginger also appears to have strong anti-inflammatory properties and can help with pain management.

Gingerols increase the motility of the gastrointestinal tract and have analgesic, sedative, anti-inflammatory, and antibacterial properties.

Modern-day usage of ginger includes being used to ease nausea as a result of motion sickness, chemotherapy, and pregnancy.

Taking one gram of ginger daily helps to reduce nausea and vomiting in pregnant women, along with relieving morning sickness.

Further, it has been used successfully to counter nausea and GI upset after surgery or during chemotherapy.

Ginger has also been used historically for and one of the most powerful ginger benefits is its ability to support digestive health and prevent common problems of impaired digestion like flatulence, constipation(*), bloating, and other digestive complaints.(*)  Do you experience pain, heartburn, fullness, and discomfort?

Gingerols help improve the intestinal motility and have been anti-inflammatory, painkiller (analgesic), nerve soothing, antipyretic as well as anti-bacterial properties. Zingerone is effective against E.coli induced diarrhea, especially in children.

Although inflammation can be a normal, healthy immune response to injury and infection, chronic inflammation is believed to be a major contributor to conditions like heart disease, obesity, (*), and colitis-associated cancer.[10]

Many sufferers take small daily doses of ginger root and report increased mobility and a reduction in pain. Also, patients note decreases in muscle discomfort and less swelling. There are some cases in which ginger relieved aches in the chest and knees.

Ginger may be effective in blocking cancer cell growth and development for ovarian
[14], pancreatic[15], and prostate cancer[16] but it is yet to be determined how it inhibits cancer in humans.

From producing bile to manufacturing hormones, cholesterol is essential to overall health. However, high levels of cholesterol can build up in the blood, causing blockages, and increasing your risk of heart disease.

More like a ‘ginger-ade’ than a soda, these beverages resembled homemade tonics and could likely be described as sugar water with a kick of ginger root.

A tall, refreshing glass of ginger ale is a fantastic drink, and it’s surprisingly easy to make at home. Ginger ale is one of the easiest homemade sodas you can mix up. If you are a true fan of ginger ale, you’ll also find that this is more economical than store-bought options.

If you have not included this spice into your cooking routine, maybe it is something to consider.  Broaden your taste bud pallet with this new flavor.

Thank you so much for taking the time to stop by.  It shows your interest in health or at least your curiosity.  I am truly enjoying learning more about the powerful benefits of the Herbs and Spices we use in our kitchens and hope you are too.  If you enjoyed this post and learning about Gingerroot, please press the follow button, like it, and share how it helped you.  If you know someone who could be helped by this information please pass it on.  People are destroyed from a lack of knowledge. (Hosea 4:6)  I’d be very grateful if you’d help it spread the word so that more people can live their best life now free and to the fullest.

Genesis 1:29 (KJV) And God said, Behold, I have given you every herb bearing seed, which is upon the face of all the earth, and every tree, in the which is the fruit of a tree yielding seed; to you it shall be for meat.