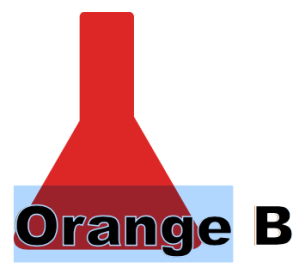 The companies know how color effects and consumer and are willing to take a risk on the consumer banking on them not being educated or the power of the enticing color stimulates the consumer beyond control.  Take a look at just a couple of the psychological effects of the color orange:

The food industry is quiet clever for sure.  Let’s take a look at how clever.

Skittles® Original | Taste The Rainbow® slogan is just a taste of how these companies market their products.  But, they are nowhere near as beneficial as the true plant chemicals you see in fruits and vegetables.  I would encourage you to browse the Color Me Beautiful series.  Under the Home tab you can click to find the true colors of the rainbow in this series. 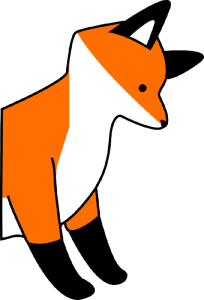 There are many foods that you would never guess were artificially colored.  To name a couple, did you know…

Cheese comes in orange and white, right? Well, not exactly. The truth is cheese, especially cheddar, is naturally white or light yellowish. The yellow pigment comes from beta carotene, a colorful plant nutrient that’s transferred from the grass cows eat into their milk. In the 17th century, English cheesemakers realized they could skim off the cream, which contains most of the beta carotene, and sell it separately for more profit. To keep the yellow-orange color that people expected, they started adding coloring from saffron, carrot juice and currently annatto (a natural coloring made from the seeds of the achiote tree, though some is synthetically made).

Oranges aren’t orange all the time. Some growers looking for year-round sales spray the skins with Citrus Red #2, an artificial dye certified by the FDA to give oranges the consumer-pleasing eye-popping look of their namesake color.  Buy organic brands (which don’t allow dyes) or select those grown in California or Arizona (two states that prohibit Citrus Red #2).

In 1978, FDA proposed Banning Orange B, but it never finalized the ban because companies stopped using it. However, in the Code of Federal Regulations, Title 21, Volume 1, Revised as of April 1, 2018, Cite: 21CFR74.250, Orange B an azo dye has received approval by the FDA for safe uses and restrictions for coloring the casings or surfaces of frankfurters and sausages subject to the restriction that the quantity of the color additive does not exceed 150 parts per million by weight of the finished food.

In animal studies potential problems are shown with the spleen, lymphatic system, and kidneys when exposed to Orange B. 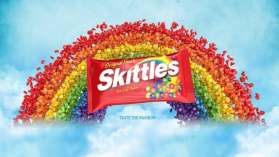 In addition, as you learn in elementary school, all you do is mix two colors and you get another color.  Where does the orange that you see in Skittles (red 40 lake, yellow 6 lake, yellow 6).  What about beverages like Crush Orange (Yellow 6, RED40) etc. Again take a look at the orangish colors in food such as cereals, baked goods, snack foods, ice cream, beverages, dessert powders, and confections.  You can educate yourself more on the Yellow 5 & 6 and RED40 by clicking the following article links: Yellow 5 & 6 and RED40.

According to Be Food Smart’s report card, FD&C Orange 3 receives a failing grade: “F”.  (click the “F” and find out why.)

If Kraft Dumps artificial food dyes after a massive petition led by activist, Vani Hari, the Food Babe in 2015, then consumers can do the same thing now by voting with their dollars.  We need to let the food industry know that it doesn’t “pay” to buy these food stuffs.  By food stuffs I mean “fake food”.  Dare I say it?  A majority of food on the shelves is artificial, not real anyway.  If we want to feel good about the foods that we eat and serve your family, we need to step up and put a little fire under these giants seats.

What can you do? Use the following natural spices.

What would stimulate you to become an activist and let the fake food industry know that it doesn’t “pay” to mess with our food?

Thank you so much for taking the time to stop by.  It shows your interest in health or your curiosity.  If you enjoyed this post, please press the follow button, like it, and share how it helped you.  If you know someone who could be helped by this information please pass it on. People are destroyed from a lack of knowledge. (Hosea 4:6)  I’d be very grateful if you’d help it spread the word so that more people can live their best life now free and to the fullest.

Sweetpotatoe’s belong to the Morning Glory family and are one of the oldest vegetables in the world.  They are rated the number one nutritious vegetable by the Center for Science in the Public Interest. Sweetpotatoe’s are most commonly orange, but are also found in other colors, such as white, red, pink, violet, yellow and purple.  The antioxidant activity and nutrient content of Sweetpotatoe’s increases with the color intensity of the flesh. Sweetpotatoe’s are healthier than regular potatoes. They have a lower glycemic index and more fiber.

Sweetpotatoe’s fall much lower on the glycemic index which is better for avoiding sugar crashes and better for diabetes control.  They contain manganese, a little-discussed trace mineral is a pivotal component in the metabolism of carbohydrates in moderate amounts can help support and maintain healthy blood sugar levels even for those with diabetes.  This can also help stabilize the appetite for hours.

Mayo Clinic explains “Because low glycemic index foods are absorbed more slowly, they stay in your digestive tract longer. This is why these foods are sometimes called slow carbs. These foods may help control appetite and delay hunger cues, which can help with weight management. Balanced blood sugar also can help reduce the risk of insulin resistance.”

One medium sweet potato with skin provides roughly between 4 to 6 grams of fiber just enough to be included as a good source of fiber. The National Institute of Medicine set the Dietary Reference Intake for fiber at 21 to 25 grams a day for women while men should get 30 to 38 grams per day. Fiber appears to reduce the risk of developing various conditions, including heart disease, diabetes, diverticular disease and constipation.

3. Sweetpotatoe’s may keep some cancers at bay

Sweetpotatoe’s have the highest amount of beta carotene containing more beta-carotene, by weight or by volume, than any other fruit or vegetable, according to “The Color Code,” by Taylor Hartman, Ph.D., a book about the health benefits of colorful foods.

Vitamin A is useful in the prevention of several different types of cancer as it is one of the most potent antioxidants out there.   A study by the Harvard School of Public Health’s Department of Nutrition found that for younger men, beta carotene, a fat-soluble plant pigment that can be converted into vitamin A, could provide protection against prostate cancer. Meanwhile, a Japanese study revealed that beta carotene may decrease the risk of colon cancer.

4. Sweetpotatoe’s are a prize for the eyes

All that beta carotene is an excellent nutrient for the eyes linking to preventing vision loss and macular degeneration. Ophthalmologist Jill Koury, M.D., states that vitamin A deficiency causes the outer segments of the eye’s photoreceptors to deteriorate, damaging normal vision.

Sweetpotatoe’s high antioxidant levels from vitamins C and E are also very kind to the eyes and may prevent degenerative damage. Beta-carotene also helps to internally protect your skin from sun damage by both deflecting and repairing cell damage caused by excessive UV exposure.

Experts estimate that up to 37 percent of Americans don’t get the recommended dietary intake (RDI) of manganese in their diet. Along with promoting good bone health, one study found that boosting manganese intake from 1 mg to 5.6 mg of dietary manganese per day helped women with PMS to have fewer mood swings and cramps.  The trace mineral manganese is important for growth, development and metabolism.

6. Sweetpotatoe’s are a boon for childbearing.

Plant-based iron, like that found in sweetpotatoe’s, can potentially promote fertility, according to the Harvard Medical School. The vitamin A from sweetpotatoe’s beta carotene is also important for hormonal health during pregnancy and lactation.

They are a good source of choline, a micronutrient in the B-vitamin family. Choline helps with sleep, muscle movement, learning and memory, among other things, but it is also important in reducing chronic inflammation.

A medium Sweetpotatoe contains almost 500 mg, making it one of the higher potassium vegetables. Potassium is an important electrolyte that helps regulate the natural rhythm of the heart, and maintains normal function of the brain and central nervous system by helping nerves and muscles communicate and by transporting nutrients into cells and moving waste products out of them, among other tasks. A diet rich in potassium is important in offsetting sodium’s harm to blood pressure. Medical News Daily notes that a high potassium intake is associated with a 20 percent decreased risk of dying from all causes!    Vitamin B6 helps keep the walls of these important blood passageways flexible and healthy which allows blood to flow freely.

“Let food be thy medicine, and medicine be thy food.” Hippocrates
Promoting a lifestyle of preventative care!
WELLNESS PRINCIPAL:  Health comes from within.  You cannot buy it in a bottle.

The Way the Pilgrims Made It 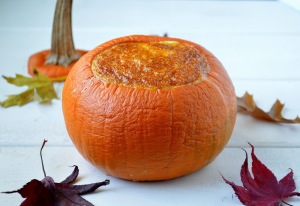 Carrots are the second most popular type of vegetable after potatoes, and are one of the most widely used and enjoyed vegetables in the world, partly because they grow relatively easily and are very versatile in a number of dishes and cultural cuisines.  In central Asian and Middle Eastern countries, but they were viewed as more of a medicinal herb than a food.  The average American eats only one cup a week.

Early carrots (some believe they may even date back to early Egypt) were not orange. Instead, they came in a variety of colors like purple, white, red, yellow and black. The orange carrots known and loved today are the result of cross breeding red and yellow carrots, which was done back in the 16th century.  Choose carrots with the deepest, darkest orange color as they contain the highest levels of beta-carotene (the deep rich yellow, red, orange, and purple colors in fruits and vegetables).  The name beta-carotene is derived from the Latin name for ‘carrot’.  The word “carrot” has its origins in the Greek word “karoton,”

Bugs bunny’s favorite food became associated with strong eyesight during World War II when the British Royal Air Force managed to gun down German aircrafts even at nights. The air force fabricated a story of how their skilled fighter pilot John “Cats’ eyes” Cunningham attributed his excellent night vision due to a carrot-enriched diet.  Although there is certainly some truth to the war propaganda regarding night vision, beta-carotene is found in much higher concentrations in leafy greens such as spinach.  Even though it started as a myth, having carrots do help in maintaining healthy eyes.

Promoting a lifestyle of preventative care!

WELLNESS PRINCIPAL:  Health comes from within.

You cannot buy it in a bottle.

Genesis 1:29 (KJV) And God said, Behold, I have given you every herb bearing seed, which is upon the face of all the earth, and every tree, in the which is the fruit of a tree yielding seed; to you it shall be for meat.